From a press release: Today, the board of directors of the Scranton Cultural Center at the Masonic Temple and its executive director, Deborah Moran Peterson, announced Betsy McGrath Ardizoni as the organization’s director of development. Ardizoni joined the Scranton Cultural Center as its development director in January. “As the organization embarks on capital projects to […]

From a press release: In keeping with other creative adjustments being made during the coronavirus pandemic, the Pennsylvania College of Technology’s annual graphic design student exhibit has moved online for the first time in its 12-year history. A May 1 reception for the exhibit was originally planned in The Gallery at Penn College in Williamsport, […]

The owner of Stage West in Scranton and DamnMillennial! Promotions is expanding his brand with a new venue that brings up a lot of old memories for Penn State graduates and those who live in Central Pennsylvania. Today, Steve Masterson announced exclusively through NEPA Scene that he is opening Stage West – State College next […]

From a press release: Award-winning stand-up comedian and science podcast host Shane Mauss will present Stand Up Science, a one-of-a-kind show with local professors, scientists, and comedians that is equal parts “ahas” and “hahas,” at Stage West in Scranton on Wednesday, Feb. 20. As the host, Mauss will kick the evening off with some of […]

From a press release: The organizers of the Electric City Music Conference decided to get healthy by losing weight while raising money for charity before this year’s event in Scranton. The duo had donors sponsor each pound lost with a financial commitment. Joe Caviston and Ken Norton lost a combined 68 pounds and raised $2,160 […] 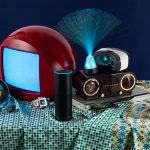 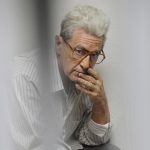 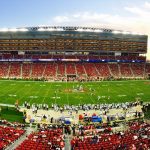