From a press release: For many, “Our Town” is a high school English class staple, but the New Vintage Ensemble, a regional theatre group dedicated to reinventing the familiar, is about to change the way you think about Grover’s Corners. New Vintage Ensemble has announced an upcoming production of the American classic play “Our Town” […]

From a press release: The Misericordia Players will present the farcical comedy “Arsenic and Old Lace” on Thursday, March 22 through Sunday, March 25 in the Lemmond Theater at Walsh Hall on the campus of Misericordia University in Dallas. The classic show, written in 1939 by American playwright Joseph Kesselring, revolves around drama critic Mortimer […]

From a press release: The Little Theatre of Wilkes-Barre will kick off the year with the Arthur Miller classic “Death of a Salesman.” The show runs on Friday, Feb. 9 through Sunday, Feb. 25, with a special talkback on Sunday, Feb. 18. The play is directed by Richard Kramer. This is the second time Kramer […]

From a press release: Diva Productions continues its 2017/2018 season at the Olde Brick Theatre in Scranton with Jeff Boam’s original comedy “Man on a Canvas,” which runs Friday, Nov. 10 through Sunday, Nov. 19. In this comedy set first at Manhattan’s legendary Algonquin Hotel in 1928 and then in modern-day Scranton, New York sportswriter […]

From a press release: Actors Circle’s first weekend of “The Odd Couple” performances at the Providence Playhouse in Scranton were so well received that the community theatre group added an additional show on Sunday, Oct. 29 at 7 p.m. This Tony Award-winning classic comedy written by Neil Simon opens as a group of the guys […]

From a press release: Community theatre group Actors Circle will present the historical drama “Paris/Stalingrad” at the Providence Playhouse in Scranton on Thursday, July 20 through Sunday, July 23. Written and directed by Lou Bisignani, the original play takes place during World War II. In 1940, Paris is under siege and suffering Nazi occupation. At […] 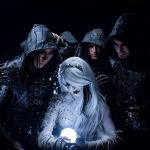 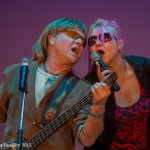