From a press release: The NACL Theatre from Highland Lake, New York will present “Shakespeare’s Will” by Vern Thiessen at the Scranton Cultural Center on Saturday, Oct. 1 at 7 p.m. and Sunday, Oct. 2 at 3 p.m. as part of the Scranton Fringe Festival. Tickets for the show in Shopland Hall at the Scranton […]

From a press release: The Music Box Dinner Playhouse in Swoyersville will present the Tony Award-winning musical comedy “La Cage aux Folles” beginning Sept. 9 and running through Sept. 25. The show, at its core, is an old-fashioned Jerry Herman musical – think “Mame” and “Hello, Dolly!” – with a twist, said T. Doyle Leverett, […]

From a press release: The Little Theatre of Wilkes-Barre will present the Pulitzer Prize and Tony Award-winning play “Angels in America, Part One: Millennium Approaches” beginning Friday, June 3 and running through Sunday, June 12. Written by American playwright Tony Kushner, the three-act play contains multiple storylines and largely explores homosexuality and AIDS during the […] 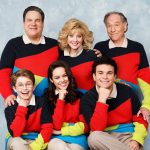 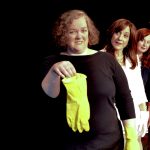