From a press release: Grammy Award-winning pop legend and dance superstar Paula Abdul has announced a new North American tour coming this fall – Straight Up Paula! – her first solo outing in over 25 years. The seven-week tour kicks off on Oct. 3 and stops in 26 cities, including Bethlehem at the Sands Bethlehem […]

While many adults may not be familiar with these young pop stars, Summer Smash was a big hit with teen girls judging by the deafening screams echoing throughout the F.M. Kirby Center on Tuesday, June 19. Following meet and greets with each of the performing artists, Northeastern Pennsylvania’s Top 40 radio station 98.5 KRZ presented […]

From a press release: It was announced today that multi-platinum, three-time Grammy Award-winning pop rock band Maroon 5 will be coming back to Hersheypark Stadium in Hershey on Saturday, July 14 at 8 p.m. Tickets, which start at $34.60 (processing fees apply), go on sale this Friday, May 11 at 10 a.m. and will be […]

From a press release: Entercom, a leading creator of live local audio content in the United States, and 98.5 KRZ have announced the all-star lineup of Summer Smash 2018, the Wilkes-Barre/Scranton pop radio station’s annual kickoff to summer concert. Featuring young hitmakers Why Don’t We, Dua Lipa, Jack & Jack, and Logan Henderson, the event […]

From a press release: Multi-platinum, Grammy Award-winning pop icon Britney Spears has announced the limited, last-time-ever tour of her award-winning and record-breaking show “Britney: Piece of Me.” For the first and only time, “Britney: Piece of Me” will visit the East Coast and Europe for a very limited engagement for fans who were not able […]

From a press release: It was announced today that local pop radio station 98.5 KRZ’s annual Let It Show will return to the F.M. Kirby Center in Wilkes-Barre on Thursday, Dec. 7 at 7 p.m., featuring performances by All Time Low, Grace VanderWaal, MAX, and Jake Miller this year. Prior to the main show, newcomer […]

From a press release: Local pop radio station 98.5 KRZ is bringing its annual Summer Smash concert back to The Pavilion at Montage Mountain in Scranton on Wednesday, July 26, this time featuring multi-platinum, Grammy-nominated quintet OneRepublic with special guests Fitz and the Tantrums and James Arthur. Tickets, which range from $34.50 to $350 (VIP […] 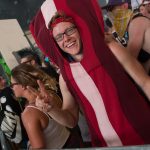 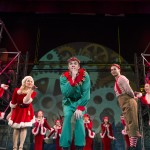