As everyone places their bets for Super Bowl LII, D.G. Yuengling & Son in Pottsville has joined in on a Twitter bet among fellow craft breweries over who will win the big game. Before the Philadelphia Eagles face the New England Patriots at the U.S. Bank Stadium in Minneapolis, Minnesota this Sunday, Feb. 4, Boston […]

D.G. Yuengling & Son in Pottsville may be known nationwide for its craft beer, but now Yuengling’s Ice Cream will be famous in the Hogwarts School of Witchcraft and Wizardry and the Three Broom Sticks thanks to a new flavor it has debuted this week. On Monday, March 20, Yuengling announced that Butterbeer will be […]

From a press release: As it continues to expand its availability in new states like Indiana, the local lager proves that it’s just as popular across the country as it is here in Pennsylvania. This week, the Brewers Association, the not-for-profit trade group representing small and independent craft brewers, released its annual lists of the […]

Pottsville heavy groove rockers Crobot have always been a very visual band, from their 1960s-inspired look that pairs with their sound to their striking album and merch artwork to the trippy visualizers they made to go along with their music, and sci-fi stories are embedded in many of their lyrics, so it’s no surprise that […]

Releasing the single last month, Pottsville heavy groove rockers Crobot now have an official music video for “Not for Sale,” the first taste of their new album “Welcome to Fat City,” due for release on Sept. 23 via Wind-up Records. The video combines three of the group’s major trademarks – an energetic live performance, an […]

From a press release: To locals, it’s simply ordered as “lager.” But, across the country, Yuengling is much more. The Brewers Association, the not-for-profit trade group representing small and independent craft brewers, released its annual lists of the Top 50 craft and overall brewing companies in the United States, based on beer sales volume, last […] 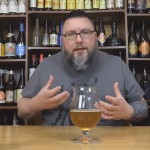 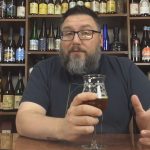 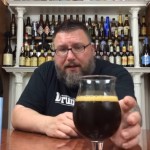