Just four years ago, Twenty One Pilots were playing the small, now-defunct Crocodile Rock Cafe in Allentown as an opening act. On Tuesday, Jan. 24, the “schizoid pop” duo packed the huge PPL Center down the street with over 10,000 fans. “There was like 12 people there, but those people told some other people and […]

From a press release: Following the announcement of their new self-titled studio album, Def Leppard have just extended their massively successful North American tour due to overwhelming demand. The tour, supported by Styx and Tesla, will makes stops in Atlantic City, New Jersey on Sunday, Feb. 14 at Boardwalk Hall and in Allentown on Wednesday, […] 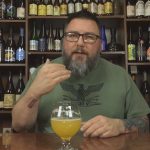