The last time NEPA Scene talked to Black River’s Edge, the Pittston hard rock/metal band was making their live debut at Diane’s Deli & Internet Cafe in 2015. A lot has changed since then, including the closing of their hometown venue, but 2020 has made everything seem like a cakewalk in comparison. From the dark […]

For those who were part of the Northeastern Pennsylvania music scene about a decade ago, attending or playing shows at small venues like The Vintage Theater, the name Lesser Animals may sound familiar. The Scranton-based indie rock band was formed in 2008 by Clarks Summit native James Sanderson, the vocalist of Awkward Silence, another name […]

With slick production, teen magazine good looks, and the kind of mainstream appeal that many artists wish they had, Modern Ties may seem like the kind of band that would be driven by egos and fake personalities, but that couldn’t be further from the truth. When we had the opportunity to sit down with the […]

“Avant pop. Dream alt. Noise folk. Psychedelic jazz punk.” These are some of the ways Great Wave describes their sound as it floats towards your ears and envelops you in an otherworldly atmosphere of beautiful and mysterious echoes. Much like these ethereal sounds and their enigmatic vibes, vocalist/guitarist Charles Davis gives cryptic answers when asked […]

For the last decade, alt-country singer/songwriter Alex Culbreth has toured the United States, and some of his first runs were in Pennsylvania. “I’ve played in a couple bands but have been playing as a one-man-band solo act the last few years. I play guitar, sing, and bang a kick drum and tambourine rigged up to […] 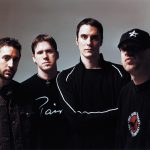