From a press release: The “Swingin’ Jazz Nutcracker Suite” will bring a unique version of the iconic ballet music of “The Nutcracker” to downtown Scranton on one of the biggest holiday shopping days of the year, and it’s all for a good cause. This special concert and toy drive will benefit the Scranton Jazz Festival […]

From a press release: Women are fearless. They are leaders – mothers, creators, activists, advisors, planners, therapists, and so much more. Six vibrant women will take the stage of the Ritz Theater and Performing Arts Center in downtown Scranton to tell their personal stories in the next installment of TEDxScranton, titled “TEDxScrantonWomen 2020: Fearless,” on […]

From a press release: The latest season of “America’s Got Talent” just wrapped up this week, and third-place contestant Ryan Niemiller is already hitting the road to perform for new fans across the country. Despite being born with a disability in both arms called ectrodactyly, the stand-up comedian from Indianapolis, Indiana shares his views of […]

Rocky Balboa, the fictional boxer created and played by Sylvester Stallone in a long-running film franchise, has inspired many to pursue their dreams, but none have followed in the Italian Stallion’s footsteps quite like West Scranton native Mike Kunda. From his childhood into adulthood, he has always wanted to be Rocky, but how does one […] 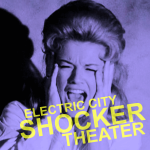