From a press release: The Riverfront Parks Committee and the Performing Arts Institute of Wyoming Seminary will host a free jazz concert series on the River Common in Wilkes-Barre on the remaining three Thursdays in July. “Jazz in July Along the River” will be held from 7 p.m.-9 p.m. on July 13, 20, and 27 […]

The Wilkes-Barre Riverfront Parks Committee and the Wyoming Seminary’s Performing Arts Institute presented a free outdoor performance by the David Bixler Quintet on Thursday, July 23, bringing “an evening of cool jazz” to the waterfront. The River Common Amphitheater echoed with the sounds of saxophonist, composer, and educator David Bixler, who is the director of […] 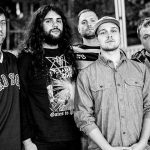