From a press release: From “Star Wars” to “Frozen” to “Gravity” to “The Martian,” astrophysicist, cosmologist, author, and TV show host Neil deGrasse Tyson will provide an entertaining and enlightening review of all the science that your favorite movies got wrong at the Hershey Theatre on Wednesday, April 26, 2017 at 7:30 p.m. Tickets for […] 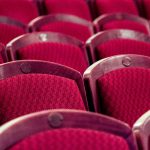