From a press release: The Scranton Fringe Festival will kick off the 2017 StorySlam season by celebrating the fifth anniversary of Scranton StorySlam next month. The Scranton Storyslam has been a popular recurring event in Northeastern Pennsylvania, starting with its first storytelling competition at the former Vintage Theater in downtown Scranton in March of 2012. […]

Valentine’s Day is a time to celebrate the love of your life… or a time to curse those who broke your heart over the years. No matter which way you feel about it, the stories from last year’s Scranton StorySlam will warm your insides on this cold winter day. Each Scranton StorySlam, where performers have […] 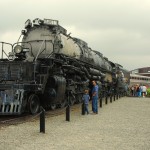