Starting today, nominations for the 2021 Steamtown Music Awards are open from now until Tuesday, Oct. 5. The public can nominate their favorite artists and music industry professionals for the eighth annual local music awards ceremony, which will be held on Thursday, Nov. 18 and serve as the opening of the Electric City Music Conference […]

From a press release: All of downtown Scranton will serve as center stage when the award-winning Scranton Jazz Festival returns to the Electric City on Friday, Aug. 6 through Sunday, Aug. 8. The festival was canceled in 2020 due to the pandemic, but now that state health and safety restrictions have been lifted, it’s time […] 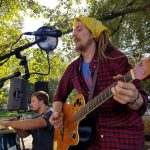