From a press release: The original horror classic, John Carpenter’s “Halloween” (1978), is returning to the big screen for a special one-night event on Thursday, Oct. 29 at 7:30 p.m. Fathom Events, in partnership with SpectiCast, will present this fan favorite in its entirety with an exclusive introduction by Carpenter, providing insights on “Halloween” and […] 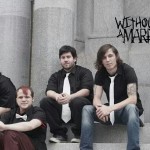