There may not be a St. Patrick’s Parade in Scranton this month, but a local nonprofit Irish Catholic fraternal organization will still celebrate the holiday with a festive socially distanced event. Scranton’s Ancient Order of Hibernians Paul “Hook” O’Malley Division 4 will host a free double feature of “The Quiet Man” and “Rudy” at the […]

‘Friday the 13th Part III’ showing in 3D for free at Scranton Public Library on Oct. 28

From a press release: After taking a break due to the coronavirus pandemic, free Wednesday Movie Matinees returned to the Scranton Public Library this month with “Little Women” and “Jojo Rabbit.” Reservations and masks are required for these events, and seating is limited and socially distanced. The next matinee will feature the John Waters comedy […] 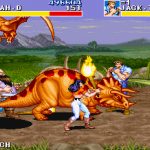