From a press release: Northeastern Pennsylvania packs a whole lot into one corner of the state. Last year’s inaugural 570 Day was proof as residents, businesses, and organizations spent the day flooding social media with photos and videos of some of the best people and places in the region. 570 Day is back again this […]

From a press release: Northeast Pennsylvania packs a whole lot into one corner of the state. From hiking trails and breathtaking vistas, to ski slopes and water parks, to craft breweries and eateries dishing out local flavor… the list goes on and on. That’s the idea behind 570 Day taking place on Friday, May 7. […]

From a press release: The Lackawanna County Arts and Culture Department and the Lackawanna County Arts, Culture and Education Council will present “All Eyes on You: Growing Your Social Media Audience” in Shopland Hall on the fourth floor of the Scranton Cultural Center on Saturday, July 15 from 1 p.m.- 3 p.m., featuring two distinguished […]

The streets of downtown Wilkes-Barre are quiet and subdued on Nov. 3, but on the eighth floor of the Luzerne Bank Building on Public Square, the energy in the Coal Creative office is as electric as the bright marquee lights of the F.M. Kirby Center next door. The recently renovated office space serves as a […]

In the first episode of my “Cory Talks” series, I sat down with the owner of Pink Cloud Vape Shop to talk about business and marketing. In this brand new episode, I get to hang out with Rich Howells, the founder and editor of this very website, NEPA Scene! We answer questions from social media […]

PUTTING IN WORK: How to network on Twitter and get the attention of influential people

How do you build relationships with the “important” people in your industry when you’ve never met them? Welcome to the world of Twitter. This isn’t a video to tell you “how to get a million followers” or reveal a surefire way to get the attention of a big celebrity – this is more about establishing […]

It has been quite a while since I wrote a Putting in Work column. Typically, we talked about the music business and marketing in this space, but I also help many other types of artists and businesses as a marketer and brand strategist, so I’m going to start sharing my Facebook videos here to help […] 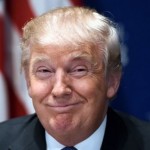 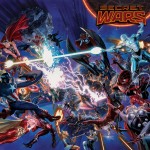