From a press release: New York comedian Joe Matarese, seen on “America’s Got Talent,” Comedy Central, the “Late Show with David Letterman,” and more, will return to Northeastern Pennsylvania to headline the first Hump Day Comedy & Dinner night at the new Scranton venue Stage West on Wednesday, Oct. 17 at 7 p.m. There will […] 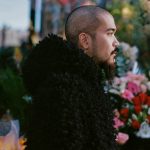