Editor’s note: This review is spoiler-free and does not reveal any major plot details. One line that sticks out from the “Star Wars: The Last Jedi” trailer is Luke Skywalker warning Rey, “This is not going to go the way you think!” After seeing the film on opening night, he could have just as easily […]

From a press release: The F.M. Kirby Center for the Performing Arts in Wilkes-Barre has announced that the W. Curtis Montz Film Series will present a “Star Wars” Film Festival on Saturday, Sept. 3. It is a period of “Stars Wars” excitement! After enjoying “Episode VII: The Force Awakens,” fans can now look forward to […] 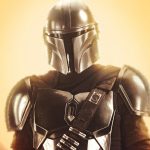