From a press release: Soul and R&B icon Aaron Neville, the Dirty Dozen Brass Band, Cherry Poppin’ Daddies, and Grammy winner Robert Glasper are the first artists announced for the RiverJazz Festival presented by Concannon Miller this spring at the SteelStacks in Bethlehem. Tickets for the four concerts, all of which will take place in […]

From a press release: Reggae rock takes center stage when the Dirty Heads and SOJA, along with special guests The Green, perform at the SteelStacks in Bethlehem on Tuesday, June 27 at 6:30 p.m. as part of the 2017 Yuengling Summer Concert Series. Tickets for the concert, which takes place at the Levitt Pavilion (789 […]

From a press release: It will be an electrifying night under the stars when chart-topping alternative rock band Cake comes back to kick off the 2017 Yuengling Summer Concert Series at the SteelStacks in Bethlehem on Thursday, May 25 at 8 p.m. Tickets for the show, which takes place at the Levitt Pavilion (789 E. […] 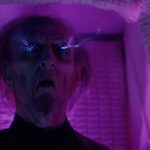