After releasing a cinematic music video for “Red Cold River” – the first single from their upcoming album – last week, Wilkes-Barre rock band Breaking Benjamin followed it up with the next single, “Feed the Wolf,” today. Streaming below, “Feed the Wolf” continues the heavier direction of “Red Cold River,” the first new music the […]

As they promised two weeks ago, Wilkes-Barre rock band Breaking Benjamin released their new single, “Red Cold River,” early this morning, diving into the heavier side of their sound while maintaining the melodic atmosphere they’re known for. In interviews like one with The Pulse of Radio, vocalist/guitarist Benjamin Burnley says that he knows what works […]

As we look back at 2017 and remember those we’ve lost, The Charming Beards have the perfect mournful, but beautiful song to memorialize those who have passed on. Before the Wilkes-Barre folk rock band plays their EP release party at The Keys in downtown Scranton and makes a special radio appearance this Friday, Jan. 5, […]

As they announced during NEPA Scene’s red carpet interview at the Steamtown Music Awards last month, two local alternative rock bands are releasing a split EP together on Saturday, Oct. 14, and we’ve got an exclusive first listen to singles from both acts. Both Scranton’s Permanence and Wilkes-Barre’s Alma Mater are following up their respective […]

NEPA Scene was the first publication to cover Black Hole Heart soon after their early 2016 debut and the release of their demo. We’ve followed their progress since, listening to “The View from the Floor” EP often and catching another riveting live performance from the Scranton alternative punk rock band just two weeks ago at […] 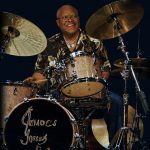 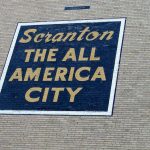 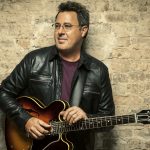