A lot of people think they’re funny on April Fool’s Day, but Zack Hammond is hilarious year-round, as his brand new album, “Appalling,” proves on track after track. Originally from Maryland and currently living in Luzerne, Hammond is one of the hardest working comedians in Northeastern Pennsylvania, performing practically every week around the area, as […]

When NEPA Scene last talked to Bobby Barnett, the vocalist/guitarist of Scranton/Philadelphia punk band Captain, We’re Sinking, back in December, he told us how excited he was to embark on his first-ever acoustic tour in the United Kingdom with his brother Greg Barnett, vocalist/guitarist of The Menzingers, in early 2016. Now his fans back in […]

It has been months, but Kali Ra is finally done. Or, rather, “Re: Done.” Back in October, NEPA Scene reported that local artists Jami Kali (of dreamy folk pop act Mock Sun) and Ray Novitski (of psychedelic prog rockers Signs & Wonders) had formed a new music project called Kali Ra and that they were […]

The Menzingers may have moved from Scranton to Philadelphia, but even without the Scranton St. Patrick’s Parade, they still know how to celebrate the holiday. The punk rockers are hard at work on their new album, a follow-up to 2014’s “Rented World,” but they “bought a case of beer, bottle of whiskey, and recorded two […]

Scranton singer/songwriter Edward Cuozzo works quickly, though you wouldn’t know it by the quality of his work. Over the course of 11 days, from Jan. 12-22, he completed “The Silvia EP,” a six-track acoustic album he recorded at home while working on his full-length record at JL Studios in Olyphant, and now NEPA Scene has […]

In its first big announcement of 2016, the Culture Shock! Free Music and Art Fest has released 12 full performances recorded live at last year’s festival on Saturday, Sept. 19 at Nay Aug Park in Scranton, and they’re streaming exclusively on NEPA Scene. Recorded on site by The Stude, sets by Family Animals, Ed Cuozzo, […]

Since the breakup of his respected indie rock band A Social State last year, frontman Edward Cuozzo has been hard at work on his own solo material. On Thursday, Jan. 14, he released “Run Down Motels,” the first song from an upcoming acoustic EP he is putting out as he completes his full-length album at […]

Wilkes-Barre blues rockers Dustin Douglas & The Electric Gentlemen recently paid tribute to a music legend and the holiday season with a cover of Albert King‘s “Santa Claus Wants Some Lovin’.” The trio, led by singer/guitarist Dustin Douglas, took some time out from recording their new album – a follow-up to their 2014 debut “Black […] 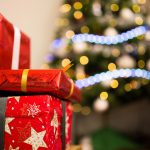