From a press release: For almost 30 years, John 5 has been one of the most in-demand guitar players on the planet. As well as a guitarist for hire, he has shared the stage as axeman for metal icons Rob Zombie, Marilyn Manson, and Rob Halford. He has also worked with an impressive array of […]

From a press release: The Sherman Theater in Stroudsburg has announced its first indoor show in over a year. Grammy Award-nominated multi-instrumentalist Tim Reynolds, known as both a solo artist and the lead guitarist of Dave Matthews Band, will perform a rare solo acoustic set in the downtown theater on Thursday, June 17. Reynolds’ longtime […]

From a press release: It was announced this week that California hard rock/alternative metal bands In This Moment and Black Veil Brides will return to the Sherman Theater in Stroudsburg on Friday, Nov. 5 on The In-Between Tour with special guests DED and Raven Black. Over the years, In This Moment has performed at the […] 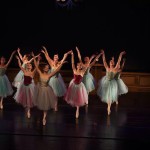