From a press release: The Scranton Cultural Center at the Masonic Temple has announced an upcoming open house for its 2016 Summer Camp Program on Saturday, June 18 at 11 a.m. The event will not only feature information and registration opportunities regarding the program, but it will also a free screening of the classic film […]

You may have seen the ads for Slide the City, promising to bring music, dancing, food, drinks and, most importantly, 1,000 feet of vinyl Slip ‘N Slide to Scranton, but will the mobile water park be able to deliver the fun and excitement they’re promising? That depends on who you talk to. The event, which […] 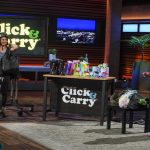