From a press release: The CSforALL movement to bring computer science to all U.S. students marked a major growth milestone today. Along with 126 organizations, Wilkes-Barre Connect has made a new commitment to advance computer science education access and opportunity for youth across the United States at the 2020 CSforALL Commitments Showcase. “Our team here […]

From a press release: Ticketmaster, the largest ticket distribution company in the United States, recently announced the development of SmartEvent, a new suite of technology tools that gives event organizers the ability to adapt protocols to meet evolving needs of capacity, distancing, and other logistics throughout the reopening journey for concerts, sports, comedy shows, and […]

From a press release: The Luzerne County Convention Center Authority announced today that the installation of an enterprise-grade, controller-based wireless LAN system at the Mohegan Sun Arena at Casey Plaza in Wilkes-Barre Township has been completed, pending final inspection. The system will provide wireless network coverage throughout the venue, including the event floor as well […]

From a press release: Live music’s premier hologram production company Eyellusion has announced that a who’s who of Zappa fan favorite musicians will support “The Bizarre World of Frank Zappa” hologram tour, which will make its debut this April in the United States. The nine U.S. shows will kick off Friday, April 19, including a […]

From a press release: If you hate grocery shopping or have just become too busy (or lazy) to go out and shop, Instacart has a quick and easy solution. The national service/app is launching in the Scranton/Wilkes-Barre area next week to do all your grocery shopping for you. Plus, they’re planning to bring on over […] 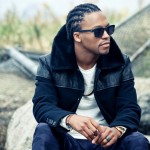 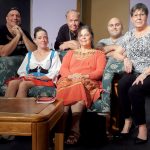