All it took was one Instagram post to drive Scranton into a frenzy. After hanging out with fellow co-star John Krasinski in New York City on Wednesday, “The Office” actor Brian Baumgartner jumped on his Instagram shared an old photo of them with Jenna Fischer at the Backyard Ale House in Scranton taken during “The […]

The Scranton music and arts scene owes much to Brian Craig, so it’s only appropriate that artists and friends alike plan to give back to him in his time of need. It was announced publicly today that Craig, well-known in the area as the co-owner of The Bog in downtown Scranton, a drummer in several […]

Before the Internet provided easy ways to sample, discover, share, and download new music, compilation CDs were a great way to find your next favorite band – and they still can be. These collections are still made today, but not as frequently in their old physical forms of tapes and compact discs, so to celebrate […]

Wilkes-Barre photographer and 1120 Studios founder Keith Perks is taking First Friday art shows to a new level with the creation of “SCENE,” a photography exhibition 10 years in the making that includes live local music and the release of a new compilation CD that shows just how talented and diverse the Northeastern Pennsylvania music […]

The Electric City Music Conference continues to be the largest celebration of local music in Northeastern Pennsylvania, hosting over 150 bands from eight states in 11 different venues. Starting on Thursday, Sept. 14 with the Steamtown Music Awards at The V-Spot, the fourth annual conference may have been the best one yet, featuring packed performances […]

From a press release: A favorite of live music fans and fellow musicians alike whenever they come through Northeastern Pennsylvania, quirky indie pop rockers Hank & Cupcakes will return to the River Street Jazz Cafe in Plains on Friday, June 30 and The Bog in downtown Scranton on Friday, Aug. 4. Doors at the Jazz […] 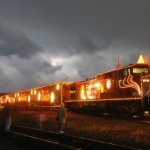