From a press release: Scranton singer/songwriter Patrick McGlynn will debut his new solo record, “Monsters,” on Friday, Aug. 26 during a CD release show at The Keys in downtown Scranton. McGlynn, who is also the frontman of local indie rock band Blinded Passenger, will be playing all eight songs from “Monsters,” along with some additional […]

From a press release: If you miss the days of punk entertainment for a great price, The Keys has a comedy show for you on Tuesday, Sept. 6 at 9 p.m. The Altercation Punk Comedy Tour with JT Habersaat and Jay Chanoine is coming to downtown Scranton with local comedians Elliott Elliott, Dan Hoppel, Erich […]

From a press release: National touring comedians Ben Kronberg and Nick Lavallee will perform with local funnymen Russell Austin, Erich Drexler, and host and MC Elliott Elliott at The Keys in downtown Scranton on Monday, July 11 at 8 p.m. Admission is $5 at the door (244 Penn Ave., Scranton), and the show is 21+; […]

Band makes local debut on Saturday, Oct. 17 at The Keys

Scranton and Detroit have been compared many times over the last few years, as they are both financially distressed cities with industrial, blue-collar histories, yet they share a more positive link as well – the sheer amount of creativity from artists who have risen from these dismal circumstances to produce prolific and vibrant music scenes. […]

From a press release: The organizers of the Electric City Music Conference, Joseph Caviston and Ken Norton, have formally announced plans to form a production company, Meat and Potato Productions. The new company will continue to produce the Electric City Music Conference and Steamtown Music Awards, but will expand into other events as well. Founders […] 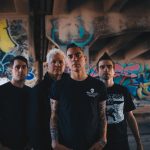