It was announced today that the Tom Petty Appreciation Band will reunite for a special concert in the Chandelier Lobby of the F.M. Kirby Center in Wilkes-Barre on Friday, Nov. 29 at 8 p.m. The Scranton-born supergroup of well-known local musicians has only played a few sporadic shows over the last few years. After closing […]

From a press release: Wilkes-Barre’s own blues rock powerhouse trio, Dustin Douglas & The Electric Gentlemen, will bring their critically-acclaimed “Stevie Ray Vaughan Retrospective” to the F.M. Kirby Center in downtown Wilkes-Barre on Saturday, Nov. 9 at 8 p.m., adding a unique local twist to this entry in the venue’s “Live from the Chandelier Lobby” […]

From a press release: An all-star lineup of famous musicians – Todd Rundgren, Christopher Cross, Micky Dolenz (The Monkees), Jason Scheff (Chicago), and Joey Molland (Badfinger) – will embark on the “It Was 50 Years Ago Today” Tour this fall, a tribute to the “White Album” by The Beatles. Performing their own greatest hits along […]

From a press release: It was announced today that Brit Floyd, hailed as the world’s greatest live tribute to Pink Floyd, will return to the F.M. Kirby Center in Wilkes-Barre with its most ambitious and biggest production yet – a very special 40th anniversary celebration of Pink Floyd’s iconic rock opera “The Wall” on Saturday, […]

Aaron Bruch, the bassist and backup singer for multi-platinum Wilkes-Barre rock band Breaking Benjamin, joined many fans and fellow musicians today in remembering Kurt Cobain on the 25th anniversary of the frontman’s death with an acoustic take on a classic Nirvana song. In his first upload to his new YouTube channel, Bruch posted a simple […]

From a press release: Today, Mohegan Sun Pocono in Wilkes-Barre announced the summer lineup for its popular Party on the Patio outdoor concert series, which features a variety of tribute acts every Thursday night. The casino will keep the party going for two extra weeks this year by extending its run from June 20 through […]

From a press release: It was announced this week that Live on Mars: A Tribute to David Bowie brings the music and showmanship of the iconic “Starman” to life at the F.M. Kirby Center for the Performing Arts in Wilkes-Barre on Tuesday, June 4 at 7:30 p.m. Tickets, which are $35, $50, $60, and $160 […]

From a press release: With the recent massive success of the Queen biographical film “Bohemian Rhapsody,” tribute band Almost Queen continues to sell out venues across the country and is set to recreate the Queen concert experience live at the Sherman Theater in Stroudsburg on Friday, April 5 at 8 p.m. Tickets, which are $27, […] 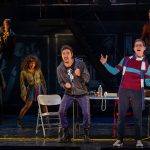 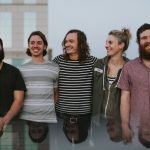