From a press release: The latest season of “America’s Got Talent” just wrapped up this week, and third-place contestant Ryan Niemiller is already hitting the road to perform for new fans across the country. Despite being born with a disability in both arms called ectrodactyly, the stand-up comedian from Indianapolis, Indiana shares his views of […]

From a press release: The live stage version of the PBS Kids educational television show “Wild Kratts” is returning to the F.M. Kirby Center in Wilkes-Barre with an all-new show – “Wild Kratts Live 2.0 – Activate Creature Power!” – on Wednesday, April 22, 2020 at 6:30 p.m. Get ready to dive into another “Wild […]

From a press release: Clarks Summit magician, mentalist, and comedian Denny Corby revealed today that he will appear on the hit television show “Penn & Teller: Fool Us” next month in an attempt to hoodwink the master magicians. The magic competition show on The CW features magicians performing for the titular duo and an audience […]

From a press release: “Nostalgia Personified with Nickelodeon’s Pete and Pete” is a live interactive journey utilizing audio, visual, and on-stage interactions for optimal nostalgia. After five years of creating their podcast, “The Adventures of Danny and Mike,” Danny Tamberelli and Michael Maronna – the stars of the cult hit television show “The Adventures of […]

From a press release: Everyone knows that “The Office” is based in Scranton, so it’s about time that the off-Broadway show “The Office! A Musical Parody” comes to the Electric City. Broadway in Scranton is bringing Michael, Dwight, Pam, Jim, and the gang to the Scranton Cultural Center at the Masonic Temple on Thursday, Sept. […] 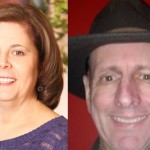