From a press release: It was announced today that the Scranton Cultural Center at the Masonic Temple will present A.R. Gurney’s play “Love Letters” starring Barbara Eden and Hal Linden on Saturday, Feb. 1, 2020 at 8 p.m. in the Harry & Jeanette Weinberg Theatre. This nationally touring show delivers a once-in-a-lifetime evening featuring the […]

From a press release: It was announced today that the host of Discovery Channel’s “Expedition Unknown,” Josh Gates, will appear live at the F.M. Kirby Center in Wilkes-Barre for “An Evening of Ghosts, Monsters, and Tales of Adventure” on Friday, Oct. 18 at 8 p.m. Tickets, which are $35 and $75 (VIP), plus fees, go […]

From a press release: Comedian and actor Kevin James, best known for starring in television sitcoms “The King of Queens” and “Kevin Can Wait,” will return to the Sands Bethlehem Event Center to perform a new stand-up set on Friday, June 28 at 8 p.m. Tickets, which are $49.50, $59.50, and $85, go on sale […]

From a press release: Mohegan Sun Pocono’s ongoing Reality Check series will bring Jenna Johnson and Val Chmerkovskiy of the ABC dance competition television show “Dancing with the Stars” to Wilkes-Barre on Friday, March 29 at 8 p.m. The free event showing “the power of love through dance” will feature a stunning performance by the […]

Born in Scranton, Samantha Ruddy has been living in New York City since 2014 and working hard as both a stand-up comedian and comedy writer. It all paid off recently when she made her network television debut on “The Late Show with Stephen Colbert” on CBS. Recorded late last year in front of a live […]

What better place is there to hold an “Office”-themed party than the home of Dunder Mifflin? While the hit NBC television show ended in 2013, its popularity in syndication and on Netflix is still going strong. Fans even visit Scranton regularly to look for shooting locations, though only the opening credits and a few exterior […] 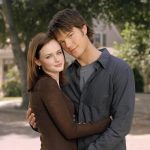 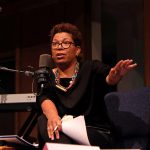