From a press release: Director Chris Fetchko will bring his latest film, “All in Time,” to the F.M. Kirby Center in Wilkes-Barre on Sunday, Oct. 16 beginning at 2 p.m. with a special live concert by Wilkes-Barre natives The Badlees and special guest Laura Shay to follow. Tickets, which are $20 in advance and $25 […] 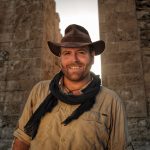