From a press release: Local WWE fans didn’t have to wait long for Smackdown to return to the Mohegan Sun Arena at Casey Plaza in Wilkes-Barre – it was announced today that the live wrestling show would be back on Tuesday, May 26. Smackdown was most recently at the arena (255 Highland Park Blvd., Wilkes-Barre) […] 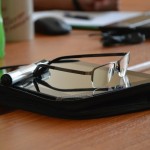 LIVING YOUR TRUTH: Finding transgender acceptance in the workplace – a thank you to my former boss
Undertaker returns to ‘WWE SmackDown’ in Wilkes-Barre on Nov. 15, arena accepting donations for vets