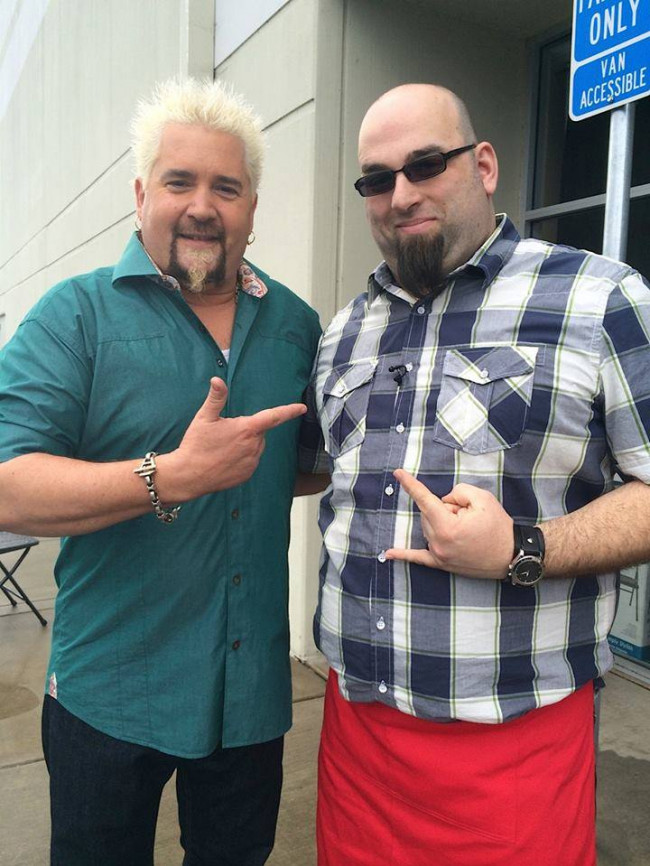 In Episode 3, we’re joined by our friend Chef Gene Philbin, owner of Peculiar Culinary Company in Hughestown near Pittston, to discuss food, cooking, and the media surrounding it.

First, we talk about “Cold in July” and Michael C. Hall, “Paranormal Activity: The Ghost Dimension,” The 69 Eyes’ new album “Universal Monsters,” Rob Zombie vs. John Carpenter, how “Cannibal Holocaust” scarred Gene and the poor animals that were harmed during the making of the movie, Ghost Rider’s recent appearance on “Agents of S.H.I.E.L.D.,” and keeping up with superhero movies and shows.

Then we get into food and why Gene wanted to become a chef, his experience studying at the Culinary Institute of America and how the college has changed over time, celebrity chefs and how the Food Network and Cooking Channel has shaped and changed the way we look at food, the TV cooking competition craze, his experience meeting Guy Fieri and competing on “Guy’s Grocery Games,” defending Fieri from his many critics, Netflix cooking shows and how they differ from network television, founding Peculiar Culinary Company and what makes his work so peculiar, becoming more adventurous with different types of meats and dishes, the effect that Yelp has had on the restaurant business, and more!