From a press release: Today, Outback Presents announced that “Jackass” star, stand-up comedian, stunt performer, and New York Times bestselling author Steve-O will take the stage of the F.M. Kirby Center in Wilkes-Barre on Friday, Dec. 2 as part of his Bucket List Tour. Every idea on Steve-O’s bucket list was so ill-advised, he never […]

From a press release: Comedian and actor Kevin James, best known for starring in television sitcoms “The King of Queens” and “Kevin Can Wait,” will return to the F.M. Kirby Center on Thursday, Oct. 27. He previously performed at the downtown Wilkes-Barre theater in 2016. Doors at the Kirby Center (71 Public Square, Wilkes-Barre) open […] 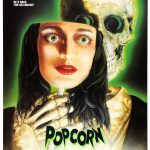