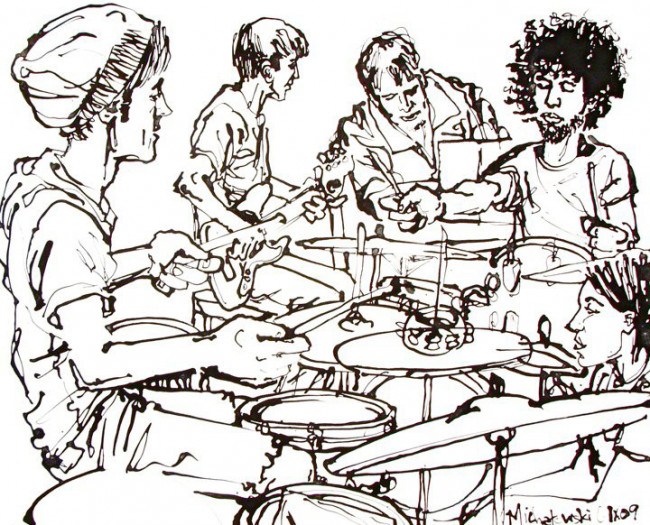 NEPA Scene is the independent arts and entertainment website Northeastern Pennsylvania has been waiting for.

For decades, a handful of media companies have controlled the local news cycle, with arts and entertainment coverage often treated as filler or an afterthought. The few “alternative” arts publications in the area were owned and published by those same companies, so a true alternative voice was needed, one that actually engaged readers online and told stories from a different, uncensored perspective.

NEPA Scene was created to fill that void and, in just a few short years, it has become the most-read arts and entertainment publication in NEPA online (according to social media statistics and sites like SimilarWeb), leading by example and winning more awards than the established papers still struggling to remain relevant in the Digital Age.

Founded in 2014 by passionate journalists with years of award-winning experience in print and digital media, NEPA Scene combines the accuracy and professionalism of a print magazine with the immediacy and convenience of a blog. Updating every day with new articles, interviews, original columns, photos, videos, podcasts, streaming media, reviews, concert and entertainment announcements, blog posts, and more, NEPA Scene puts an emphasis on artists and entertainers located in or traveling through Northeastern Pennsylvania, though its coverage area extends to Philadelphia, New York, and New Jersey.

Unlike many media outlets, NEPA Scene maintains an overall positive outlook on NEPA and chooses to highlight people who are making the area a better place to live while not shying away from issues that alternative publications should be covering. It also remains the only arts and entertainment publication in the region to produce its own live podcast. Encouraging fan interaction, the NEPA Scene Podcast live streams in-depth interviews with different guests every week on Facebook and Twitter, covering all kinds of topics in open and uncensored discussions. All episodes are archived after the live show in various formats on Facebook, YouTube, iTunes, SoundCloud, and Stitcher.

Additionally, NEPA Scene sponsors live events and hosts its own unique open mic event as a way to meet local artists in person and give back to them in the form of cash, prizes, and publicity. The NEPA Scene Rising Talent open mic and talent contest has broken venue attendance records and attracted major sponsors like Coors Light, Samuel Adams, Fireball Cinnamon Whisky, Great Lakes Brewing Company, Fidelity Bank, and LT Verrastro.

Despite attempts to blatantly copy and steal our work by other publications, the passion, dedication, and creativity that NEPA Scene brings to local arts coverage cannot be duplicated. Four years in, the website is here to stay and plans to do much more as we continue to grow. All this free content costs quite a bit of money to produce, however, so those who wish to support independent journalism can donate via PayPal, purchase merchandise in our online store, or purchase advertising in various forms not offered by traditional print media.