From a press release: The Lackawanna County Arts and Culture Department will celebrate the diverse array of small businesses in Northeastern Pennsylvania with a free “Wake Up with the Arts” breakfast, workshop, and panel discussion on creative entrepreneurship on Thursday, June 30. The new shopnepatoday.com website, a local directory of creative businesses and services along […]

3rd annual NEPA Gives raises over $1.1 million for 212 local nonprofits in one day

From a press release: The Scranton/Wilkes-Barre RailRiders took their name from the region’s rich railroad past, and the Electric City Trolley Museum in downtown Scranton will once again honor that history by offering 11 excursions to PNC Field in Moosic this spring and summer. Select Sunday games through September will offer baseball fans an opportunity […] 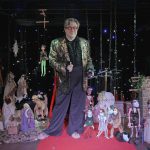