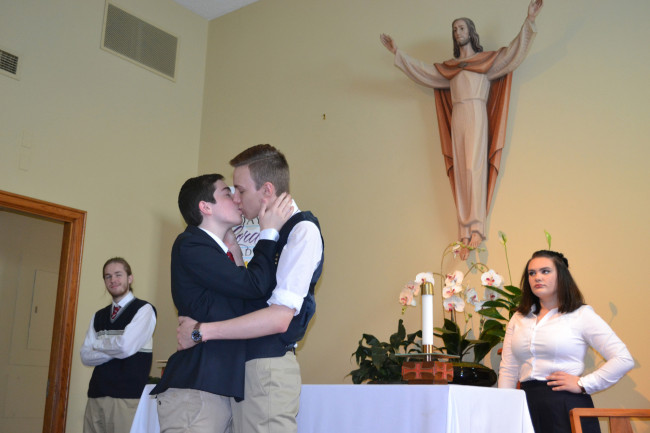 Following their recent move from Taylor to a new location in Dunmore, Act Out Theatre Group will present the Northeastern Pennsylvania premiere of “Bare: A Pop Opera” on Friday, June 8 through Sunday, June 10.

The musical follows a group of Catholic boarding school students as they struggle with issues of identity, sexuality, and their futures.

“I hope the show conveys the raw emotion that young people go through on a regular basis, particularly those that identify as LGBT+,” said Dan Pittman, the show’s director and Act Out Theatre’s artistic director.

“‘Bare’ has been with me since freshman year of college,” Pittman continued. “I sang songs from it in my voice lessons and fell in love with it.”

Shea Quinn of Clarks Summit and Tommy Walkowiak of West Wyoming play the two male leads (Peter and Jason, respectively) in the production. The two fall in love with one another, and Jason struggles with a fear of losing his popularity if his sexual identity is discovered.

“This is definitely a character I highly identify with,” Quinn explained. “The nature of the show is one of high schoolers struggling with their individual issues and seeking their place in the world. Being an openly gay teenager who attends a private school has allowed me to relate my own struggles to the character, while still understanding Peter’s feelings and reactions as opposed to my own.”

Vicky Stasukinas of Plymouth plays Ivy, who is known as the class tease. She, too, falls for Jason, creating an awkward love triangle. 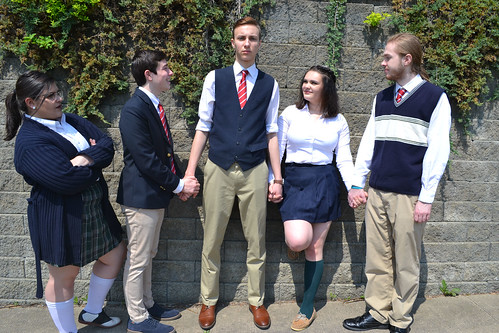 “She’s somewhat insecure and wants people to know there’s more to her than just a pretty face,” Stasukinas said. “When Jason makes it known he sees more in her, she can’t help but fall in love.”

Tickets are $20 for adults and $15 for students/seniors. Ticket reservations can be made in advance by e-mailing actouttheatre1@gmail.com. Tickets can also be purchased at the door. Prepayment is not required; all payments can be made at the door.

“This show is present day,” Walkowiak said. “Unlike other musicals, it does not take you back to a different time period to soften the blow of the issues. The message of the show is something that needs to be communicated to all ages.”

Quinn hopes the show causes people to reflect upon themselves, their relationships both with religion and other people, and their place in the world. For Stasukinas, the show carries many messages, but one overarching message is simple.

“I think one of the biggest takeaways is that everyone deserves to love who they love without fear, and I think this show does a pretty good job of capturing what can happen when you can’t.” 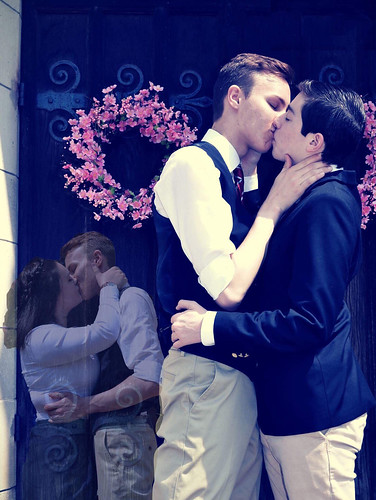 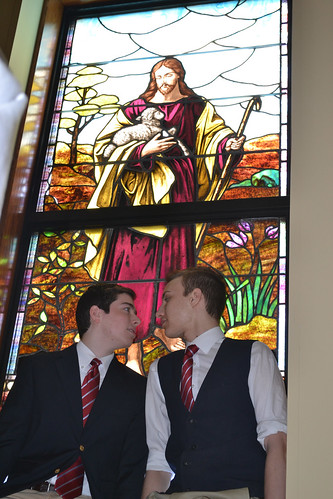 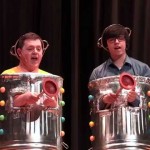