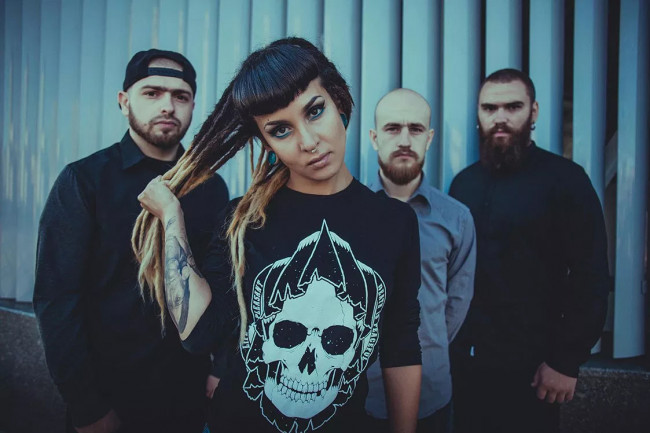 After opening for both Cradle of Filth and Arch Enemy earlier this year, Ukrainian metal band Jinjer will perform at the Irish Wolf Pub in downtown Scranton on Wednesday, Aug. 1 as one of their only North American shows this summer.

Following their Philadelphia stop at Kung Fu Necktie on Tuesday, July 31, the Eastern European group will come to Scranton for the first time, where they’ll share the stage with local openers Behind the Grey, TurnCloak, Prosody, and Zovin.

Doors open at 6 p.m., and the 21+ show starts at 7 p.m. Tickets, which are $25 in advance or $30 the day of the show, are on sale now and can be purchased at the Irish Wolf Pub (503 Linden St., Scranton), online at turncloak.band, or from the opening acts. For more information, see the Facebook event page.

Jinjer is widely known in the worldwide metal scene, mixing things up with a fresh sound, killer live performances, and the energizing voice of their supreme singer, Tatiana Shmailyuk. Following the release of their Napalm Records debut “King of Everything” and numerous festivals and club shows, the Ukraine-based band completed their very first intense U.K. headlining tour.

Of course, there is no rest for the wicked. Jinjer was back on the road soon after, performing around Europe with the mighty Arch Enemy on the second leg of the Swedish melodic death metal group’s tour in February.

Jinjer is currently supporting the reissue of their game-changing second studio album, “Cloud Factory,” originally released back in 2014. On this record, they bring together both beauty and the beast as they flare up the time-honored contrast of good and evil. This is extremely groovy, disharmonic djent – technically tricky like progressive death metal with a flip side of sensual jazz, tumbling delightfully between nu metal and metalcore. It wouldn’t be possible without the well-rounded Shmailyuk. Whether it’s her gnarly gurgling growls or the goosebump-raising clean singing, her talent is effortless.

The band gained worldwide fame with “Cloud Factory,” which is devoted to the devastating effect of heavy industry and global businesses on the environment, nature, and average people’s lives, so now Napalm is reissuing their milestone with full sound, fat guitars, and a huge boom factor.

Smooth grooving bass playing goes hand-in-hand with consistently popping guitar acrobatics. And in the center sits enthroned this unruly mother bear who won’t let anyone near her cubs – Shmailyuk with all her brutal power and greatness. And the cherry on top is the addition of tracks “A Plus or Minus” and “Who Is Gonna Be the One” that are featured in monstrous live versions.

“When we wrote this record, little did we know how many doors it would open and where it would lead us to. From our first shows to our first European tours and all the friends we made in between, ‘Cloud Factory’ changed the future of Jinjer for the better and we haven’t looked back since,” the band explained.

“The record is very personal to us because it’s deeply inspired by the spirit of our homeland, the industrial east of Ukraine. Making it available to a wider audience is a perfect way to show what and who we are!”

To support the original album, the band went on a long European tour in 2014 around Poland, Germany, Czech, Belgium, France, Switzerland, and Russia. Jinjer has shared stages with Evanescence, Blessthefall, Tiamat, Pain, Caliban, Ektomorf, Clawfinger, The Rasmus, and Kataklysm, among many others, and played more than 300 shows around the European Union, Russia, and Ukraine in three years.

See NEPA Scene’s photos of Jinjer opening for Cradle of Filth in Philadelphia back in April here and learn more about opening act Behind the Grey in Episode 14 of the NEPA Scene Podcast: 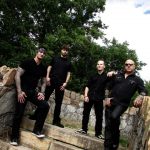 YOU SHOULD BE LISTENING TO: Scranton groove metal band Threatpoint 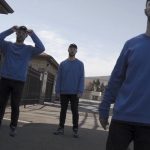