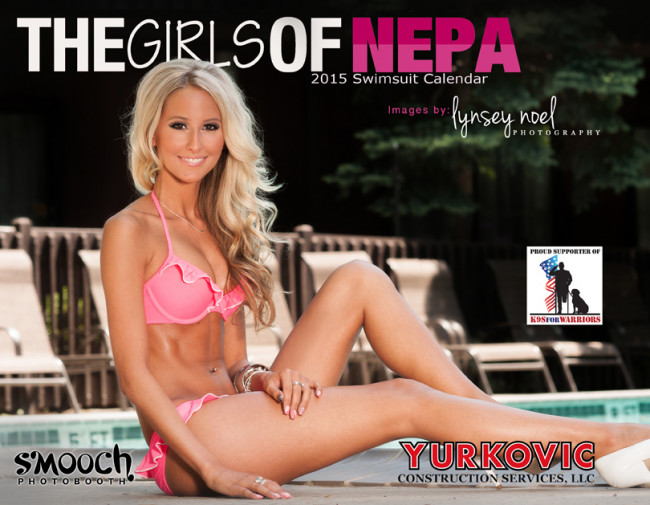 The Girls of NEPA have announced the release of their 2015 calendar, holding their fourth annual calendar release party at Breakers in Mohegan Sun at Pocono Downs on Wednesday, Sept. 17 from 7 p.m.-9 p.m.

The 13-month calendar features 15 of Northeastern Pennsylvania’s most beautiful women with sponsorships from various area businesses. 2015 calendar sales will benefit K9s For Warriors. The Florida-based organization describes its mission on its website:

K9s For Warriors is dedicated to providing service canines to our warriors suffering from post-traumatic stress and/or traumatic brain injury as a result of military service post 9/11. Our goal is to give a new leash on life to rescue dogs and military heroes, empowering warriors to return to civilian life with dignity and independence.

Additionally, hundreds of calendars are mailed overseas to military members free of charge.

“It is a total morale boost to see the beautiful ladies as we count down the day until we’re home with our loved ones!” Brian Biggs of the U.S. Army stated.

At the release party at Breakers in Mohegan Sun at Pocono Downs (1280 Hwy 315, Wilkes-Barre), the public will be able to meet the Girls of NEPA, get autographed calendars, and take pictures with the models. In the following weeks, the girls will make appearances at local businesses.

Detailed information about upcoming appearances by the Girls of NEPA can be found on their Facebook page. To purchase a calendar for $10 or to learn more about the Girls of NEPA, visit girlsofnepa.org.

The Girls of NEPA is a nonprofit organization founded by Lynsey Noel Photography. Since establishing the calendar in 2012, over $15,000 in proceeds have been donated to charity, with the goal to raise more funds each year. 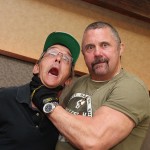