Local entertainment media often covers events from the perspective of artists, but what about the venues that host and support these artists every week? In this week’s episode, we wanted to give the owners of these businesses a chance to tell their side of the story, so we talked to Tom “T” Tell of Thirst T’s Bar & Grill in Olyphant and Vinnie Archer of The V-Spot in Scranton about what it takes to run a successful bar in NEPA while still contributing to the local music scene. Known for their humor and candor, “The Sidewinder” and “The Dragon” openly discussed the costs and economic challenges of running a business in NEPA, how they choose what bands play at their venues and what they get paid, and the constant hard work and marketing it takes to stay afloat, among other topics.

The conversation was so good that it ran much longer than expected, so we had to break it up into two parts this time. Be sure to listen to both Parts A and B for the entire show. 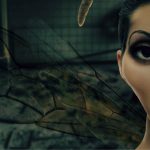 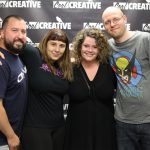