Advertisement
Added on 06/30/2015  Rich Howells  beer , How to Pair Beer with Everything , podcast

The weekly column is now a podcast!

Since NEPA Scene launched to the public in September, the How to Pair Beer with Everything column has been a staple of the website, putting an entertaining and tongue-in-cheek twist on the typical beer review. Every Thursday, Derek Warren suggests the ideal setting, music, movies, and books to create the perfect experience with a delicious craft beer, and now he’ll expand upon that idea with NEPA Scene founder and editor Rich Howells during the podcast of the same name.

With a beer being the only conversation starter needed, they’ll try a different brew each week and examine it through all the senses, diving into personal experiences and opinions, pop culture, news, or whatever comes to mind. While Derek is an experienced beer reviewer and aficionado (and co-host of the Beer Geeks Radio Hour on WILK 103.1 FM), Rich is more of a casual craft beer drinker (and co-host of the NEPA Scene Podcast), so they’ll both offer their own uncensored perspectives and welcome guests to share their own in future episodes.

Every episode will stream on iTunes, SoundCloud, Stitcher, and nepascene.com.

In this inaugural episode, we sample Blackbeard’s Breakfast by Heavy Seas Beer, a bourbon barrel-aged porter brewed with coffee, and discuss movies that scared us as kids, the unnecessary sanitizing of modern kids’ films and TV shows, how horror films focus on jump scares now over truly memorable scenes, the decline in quality of director Dario Argento’s films, wearing nostalgia glasses, the evolution of nerd culture in our lifetimes and the breakdown of counterculture, Internet critics who nitpick everything, being introduced to craft beers, and much more! 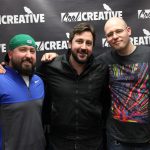 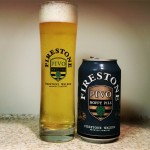 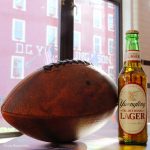