First up is a review of a beer we traveled down near Pittsburgh to snag, a wild stout brewed with all kinds of funk, berries, and goodness – Draai Laag’s The Plague!

And while we’re there, we pop off an interview with Draai Lagg owner, brewer, and yeast wrangler extraordinaire Dennis Hock! 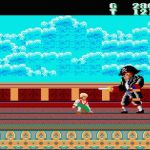