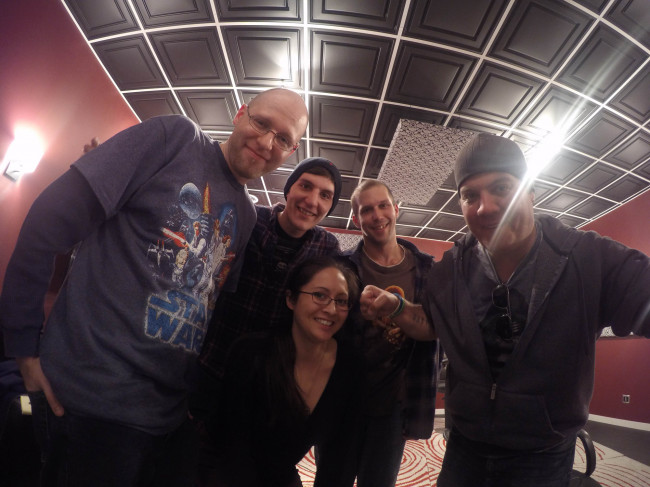 In Episode 38, we sit down with Jesse and Anthony Viola, two of the three members of Scranton psychedelic alternative rock band Family Animals, who are also brothers, and discuss their eclectic style that mixes many musical influences; how they’re able to read each other’s thoughts while performing and improvise during songs; recording their new album “I Must Have Missed It” at home and how it compares to their previous self-titled album; their upcoming CD release show at The Bog in Scranton on Saturday, Nov. 14 with Doghouse Charlie, Mock Sun, and Esta Coda; their Halloween and Christmas EPs; the difficulty of finding gigs and putting shows together when your music is so different from what others are doing; and what’s next for the band.

Lauren also introduces her new segment, Rapid-Fire Qs, where she asks our guests a series of quick random questions, and in The Last Word, we discuss the Beards of Scranton photography project and 2016 calendar.

Watch the first 10 minutes of our interview with Family Animals on YouTube: