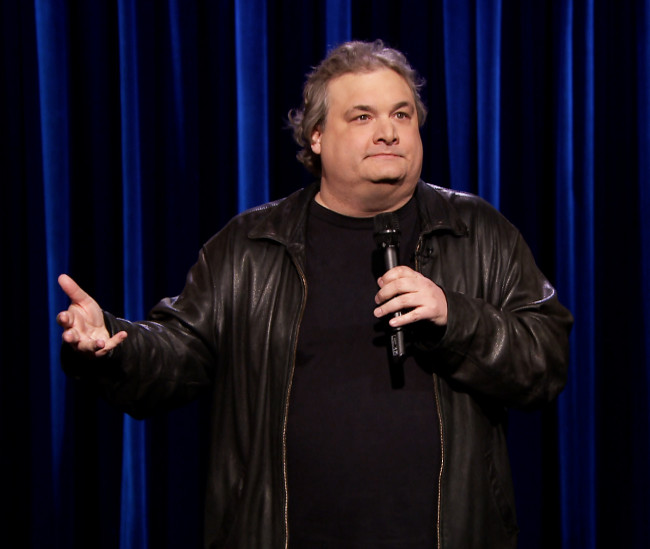 Lange, who starred on “Mad TV” and was a regular on “The Howard Stern Show,” currently hosts the Artie Quitter Podcast. His film credits include “Dirty Work,” “Elf,” and “Beer League.”

Warrior Pointe was founded in 2013 in hopes of rekindling the bond amongst the our veteran community, where it could begin to grow a network across the nation. At its core, Warrior Pointe wants to and has begun to build local chapters in every state so veterans can get together in a safe environment to meet one another and reshape the brotherhood across the generational boundaries and assist one another.

Warrior Pointe’s network can assist with transportation costs or moves, teaching financial responsibility and offering limited emergency monetary help to finding the right resource in a particular veteran’s area that may offer more long-term solutions. A volunteer crisis response team comprised of veterans is always on call to be that ear or that friend to help prevent driving someone over the edge to depend on suicide as the only option.

The Reverend Bob Levy from “The Howard Stern Show” has teamed up with America’s heroes to bring awareness of veteran stigmas to the general citizenry. Levy is a well-known comedian that will stop at nothing to ensure veterans get the help they need. Their mission together is to raise the funds to be able to build chapter homes across the nation, safe havens for veterans to meet, get help, and launch events for the veteran community. Some of the funds can be put aside for aid, buying food and providing shelter for veterans in need. Prevention of home loss or aiding in vehicle repair bills can in the long run prevent a dark spiral downwards to the ultimate false solution of suicide.

By the sheer power of voice and laughter, Levy pulls out all the stops to get what is lacking in the veteran community, so he reached out to Scranton’s Kevin Lepka, owner of Laugh Out Lepka’s Comedy, to help him organize the Warrior Pointe Veterans Comedy Benefit. The show will be headlined by Bob Levy and Artie Lange, with a performance by Tom Riccobono; Lepka will be hosting.

There will be gift basket raffles and a 50/50 raffle. If anyone would like to make a donation or donate items for the gift baskets, contact Lepka at 570-357-2693.