With arts funding in danger, In Concert with the Arts shows its importance in Wilkes-Barre on March 26 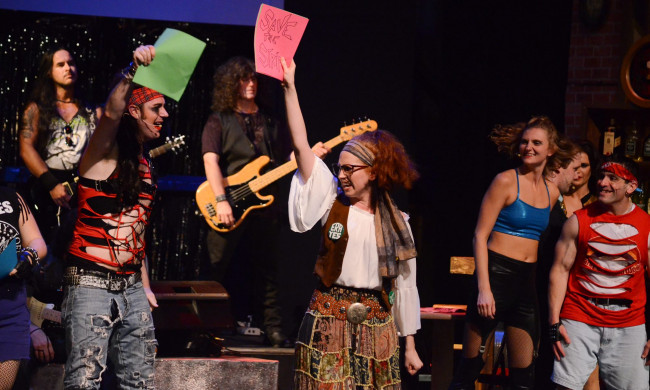 In January, Lackawanna County Commissioner Laureen Cummings talked about changing the way the county’s annual arts and education tax is distributed, which could have limited or cut funds for projects, venues, and events across the area, but the Tea Party Republican was quickly met with resistance from the local arts community, resulting in Commissioner Patrick O’Malley promising to continue the funding as is. Now, arts funding across the country is in even greater danger.

While not naming Trump or his fellow Republicans, a newly formed network of “local artists, artisans, actors, and musicians” will come together at the Little Theatre of Wilkes-Barre (537 N. Main St., Wilkes-Barre) on Sunday, March 26 from 2 p.m.-5 p.m. for In Concert with the Arts, a volunteer, nonprofit effort that will serve as “a celebration and reminder of the importance of arts and culture in the Greater Wyoming Valley.”

The event page explains that In Concert with the Arts is not a political statement, but a way to raise awareness of the importance of the arts in the community:

We are representing a group of local artists, artisans, actors and musicians – a group concerned with the future of the arts in Wyoming Valley and beyond. As in the case with the transition of any higher-level political administration, there are always questions as to funding of government programs. Regardless of who comprises the new political administration, arts always seem to be at the forefront of financial cuts. We are neither Republican nor Democrat but rather try to be bipartisan – this is not a protest of the current administration but rather a rejoicing of all the current artistic avenues open to the youth of our valley. We are just trying to be a little pro-active and positive about the future of the arts.

In addition to a variety of live art activities, In Concert with the Arts will feature performances by: