It’s hard to find a great porter these days – luckily, Man Skirt Brewing in Hackettstown, New Jersey has made it easier by putting it right in the name!

Does this dark, rich, roasty beer measure up to its moniker? Let’s give it a whirl and find out! 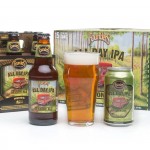