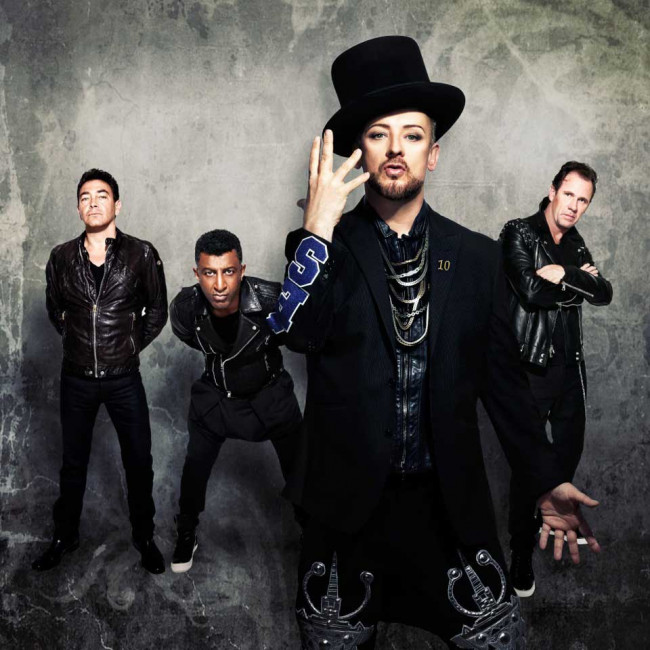 Since their inception in 1981, Culture Club have sold more than 50 million records worldwide, lead by their classic hits, “Do You Really Want to Hurt Me,” “Karma Chameleon,” and “I’ll Tumble 4 Ya.”

The group is fronted by British singer/songwriter Boy George, who is universally recognized as one of music’s iconic artists and, for the past 30 years, has maintained a strong position at the forefront of this ever-changing, multi-faceted industry. He was presented with the Ivor Novello Lifetime Achievement Award in 2015 for his contribution to the music industry. Roy Hay, Mikey Craig, and Jon Moss make up the remaining original lineup set to tour.

To date, Boy George has sold over 100 million singles and in excess of 50 million albums as a performer and songwriter with ’80s super group Culture Club and as a solo artist in his own right. He also continues to be one of the world’s most successful and in-demand international DJs, touring extensively across the globe.

Away from his musical successes, George has been a columnist for national newspaper the Daily Express, the author of two bestselling autobiographies, and has been the co-producer, songwriter and on-stage star of the award-winning musical “Taboo” on both New York’s Broadway and London’s West End. Alongside all of this, he runs his own fashion label, B-Rude, with outlets in New York, Los Angeles, and London, as well as maintaining an elite membership to the world’s designer fashion hierarchy, DJing regularly at post-catwalk shows such as Versace, Phillip Treacy, and more recently Hugo Boss. Not to mention George making it into the Top 50 of the BBC’s 100 Greatest Britons of all time, as well as being photographed by everyone from Richard Avedon to Lord Snowdon to Steve Meisel.

A DJ since the late ’70s and currently ranked No. 90 in the DJ Mag Top 100 2011 DJ poll, his travel commitments have seen him pack out events in over 70 countries around the world, from super brands Godskitchen, Cream, Manumission, and Spundae to global powerhouse venues like Space in Ibiza, Ministry of Sound in London, Zouk in Singapore, and Guvernment in Toronto. Additionally, his name has been a prominent figure at many of the world’s leading festivals, including Glastonbury, Homelands, Love Box, BigGayOut, and V Festival. George has hosted the 2010 DJ Mag Top 100 Awards ceremony at Ministry of Sound, performing alongside a bulging lineup that included Deadmau5, Afrojack, Fedde Le Grand, and former World No. 1 DJ Armin van Buuren. He has also appeared at the 2011 Brit Awards, Elle Style Awards, and MTV Ibiza Party alongside Mark Ronson whilst headlining the official Formula 1 after-parties in Singapore, Monaco, Dubai, Sao Paulo, and New Delhi, as well as featuring once again as both host and guest DJ at the 2011 DJ Mag Top 100 Awards ceremony at Ministry of Sound.

A standout producer in his own right, George’s productions over the years have been released under imprints such as Ministry of Sound, Sony, GU Music, Virgin, Polystar, Universal, Subliminal, EMI, and featured on compilations as varied as Global Underground and Bedrock. His impressive list of collaborations stands equally tall with George having worked with dance heavyweights, such as Erick Morillo, Deep Dish, Afrika Bambaataa, Groove Armada, and Faithless, while his records have been remixed by a multitude of artists that range from Tom Stephan and Holy Ghost to Hervé and Congorock.

Since early 2010, George has unveiled a bed of new studio releases that include “Amazing Grace,” “Sunshine Into My Life” featuring Sharlene Hector of Basement Jaxx fame, “Brand New,” and “Turn 2 Dust.” As well as his own projects, he has spent much of the past two years collaborating with a number of other artists that include Mark Ronson, Andrew Wyatt (Miike Snow), Glide & Swerve, and Harry Choo Choo Romero. Opening 2011 with the release of his long-awaited artist album “Ordinary Alien,” a dance floor-focused album that consisted of unreleased material, George decided to return to the business of running his own record label, so back in the spring of 2011, he launched a new musical era in his career with the birth of VG Records with fellow DJ/producer Marc Vedo. Geared towards releasing cool, credible house tracks, the label gives George and Vedo the freedom to sign both underground and commercially respected artists.

With a long list of guest slots on radio stations such as Radio 1, Kiss FM, Sirius, and Capital, George has also featured heavily on TV shows around the world, with appearances on programs like “Jonathan Ross” on BBC One, “Jools Holland,” “Never Mind the Buzzcocks,” VH1, “Top of the Pops,” and “CD:TV.”

Although in recent years (in the U.K., at least), the media spotlight has fallen too much on George’s iconic media status and not enough on an ever-expanding and prolific musical output, his presence in the music industry still remains an ever-present series of headline-making stories with notable publications such as DJ Magazine, NME, Q Magazine, Ok Magazine, The Guardian, New York Times, and Mumbai Mirror, all following his career with great zeal. His latest album, “This Is What I Do,” was released in 2013 to rave reviews, with The Guardian calling it “the best comeback of the year.” 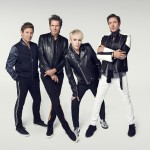 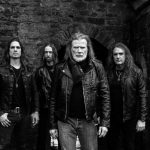