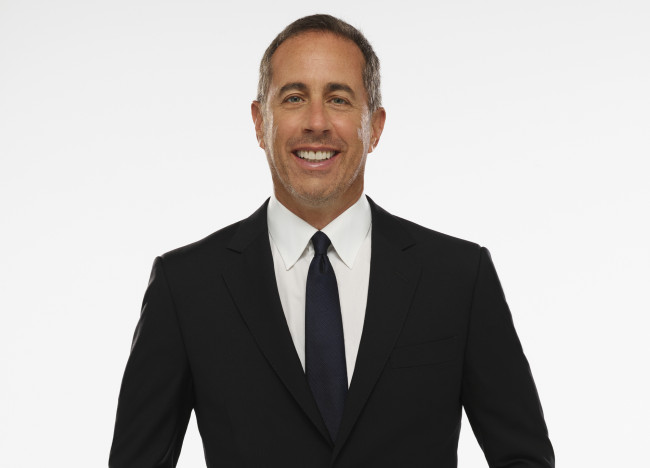 Due to overwhelming demand, comedian Jerry Seinfeld has added a second show at the F.M. Kirby Center in Wilkes-Barre on Friday, April 6, 2018. The 7 p.m. show went on sale this morning and is selling out fast, so a 9:30 p.m. show has just been announced.

Seinfeld sold out the venue and added additional shows in both 2012 and 2014, so tickets are likely to go quickly for the 9:30 p.m. show as well.

Born in Brooklyn, New York, Seinfeld has been hailed for his uncanny ability to joke about the little things in life that relate to audiences everywhere. He specializes in observational comedy, often ranting about relationships and embarrassing social situations, and he is currently setting his sights on performing both nationally and internationally in 2018.

The stand-up comedian, actor, writer, producer, and director is widely known for playing himself in the sitcom “Seinfeld,” which he created and wrote with Larry David. Running for nine seasons on NBC from 1989 to 1998, the “show about nothing” is widely considered to be one of the greatest and most influential sitcoms ever made. It has been ranked among the best television shows of all time in publications such as Entertainment Weekly, Rolling Stone, and TV Guide. In 2013, the Writers Guild of America voted it the No. 2 Best Written TV Series of All Time (second to “The Sopranos”). E! named the series the “No. 1 reason the ’90s ruled”, and quotes from numerous episodes have become catchphrases in popular culture.

He is also the creator and host of the web talk show series “Comedians in Cars Getting Coffee,” which premiered on July 19, 2012.

Episodes feature Seinfeld introducing a vintage car selected for a guest comedian, followed by a drive to a pre-selected café or restaurant for coffee. Episodes diverge from the format spontaneously, as when Michael Richards implores Seinfeld to take a side street, when Seinfeld returns after coffee with Carl Reiner to join him for dinner with Mel Brooks – or when car trouble arises. As of May 2015, the series had been streamed nearly 100 million times.

The show’s ninth season premiered on Jan. 5, 2017. That same month, it was announced that the series would migrate from Crackle to Netflix. 24 new episodes will stream on Netflix in 2017 and 2018, with all previous episodes made available on the streaming service.

On Sept. 19, Netflix released his new stand-up special, “Jerry Before Seinfeld,” where he returns to the club that gave him his start in the 1970s, mixing iconic jokes with stories from his childhood and early days in comedy.

In 2005, Comedy Central named Seinfeld its 12th greatest stand-up comedian of all time.