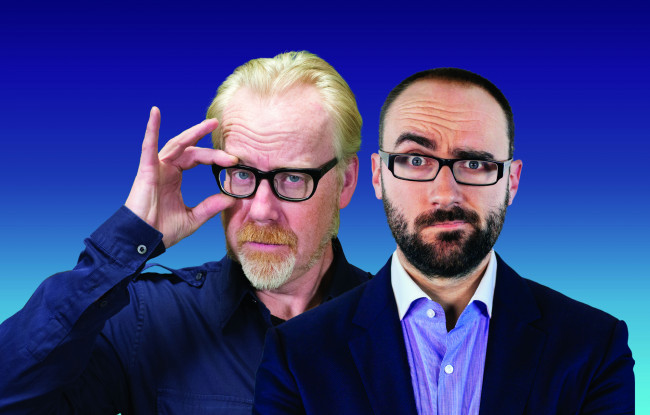 Due to unforeseen scheduling conflicts, the one-of-a-kind stage show “Brain Candy Live!” starring Adam Savage, editor-in-chief of tested.com and former co-host of the Emmy-nominated Discovery series “MythBusters,” and Michael Stevens, creator of award-winning YouTube channel Vsauce, has canceled its 2018 North American tour, including its scheduled stop at the Weinberg Theater of the Scranton Cultural Center at the Masonic Temple on March 14.

Refunds are available at the point of purchase. Anyone who purchased tickets via Ticketmaster should contact them directly at 800-745-3000.

This would have been the second year of touring with this interactive, hands-on theatrical experience. There is no word yet on whether or not the tour will be rescheduled.

Adam Savage and Michael Stevens are master explainers, bringing their crazy toys, incredible tools, and mind-blowing demonstrations to theaters across the country for a celebration of curiosity that literally has audiences shouting for more after their favorites. Audiences are engaged and enthusiastic test subjects and participants as they spend two hours laughing, learning, and exploring during a theatrical experience like no other. “Brain Candy” has been described as “a cross between TED Talks and Blue Man Group.”

One of the most highly regarded and watched series on Discovery Channel, “MythBusters” ran for 14 earth-shattering years. Co-executive produced and co-hosted by Savage, the show mixed scientific method with problem-solving gleeful curiosity and plain old-fashioned ingenuity to confirm or bust myths, popular misconceptions, and create its own signature style of explosive experimentation. Today, in addition to creating content for his website Tested, Adam has become a proponent for making, working with the White House to encourage kids and adults alike to get their hands dirty. He’s also a regular at conventions across the country, where his elaborate and handmade costumes (such as Totoro at New York Comic Con) attract much attention… and hugs.

Stevens’ passion for learning, science, and making curiosity contagious led him to create Vsauce in 2010. The YouTube channel captures attention with fun questions like, “What color is a mirror?” “Can you count past infinity?” and “Why are things creepy?” Now reaching a collective 17 million subscribers with video views in excess of two billion, Vsauce has grown into one of the largest educational networks on the web. Last year, it received the Webby for Best Science and Education Network.

Adam Savage, Michael Stevens, and director Michael Weber are the brains behind “Brain Candy.” Widely respected for his innovation, problem-solving, and storytelling abilities, Scientific American Magazine wrote, “Michael Weber is a walking Swiss Army Knife.” He has worked with a veritable “who’s who” of writers, directors, and performers, including Daren Aronofsky, Christian Bale, Don Cheadle, Wes Craven, Mos Def, Robert DeNiro, Tom Hanks, Hugh Jackman, David Mamet, Errol Morris, Jack Nicholson, Christopher Nolan, Edward Norton, Julia Roberts, Aaron Sorkin, Martin Scorsese, George Wolfe, and Robert Zemeckis. Weber’s work can be seen in dozens of plays and feature films, including “Forest Gump,” “Angels in America,” “The Parent Trap,” “The Illusionist,” “Top Dog Underdog,” “The Prestige,” “A Year of Magical Thinking,” and “Ocean’s 13.” Recent projects include a zero-gravity show to be performed on the International Space Station, an interactive candy store that allows kids to make a gumball travel over 250 miles an hour before they chew it, and a magic show for the blind that takes place entirely in the dark. 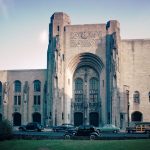