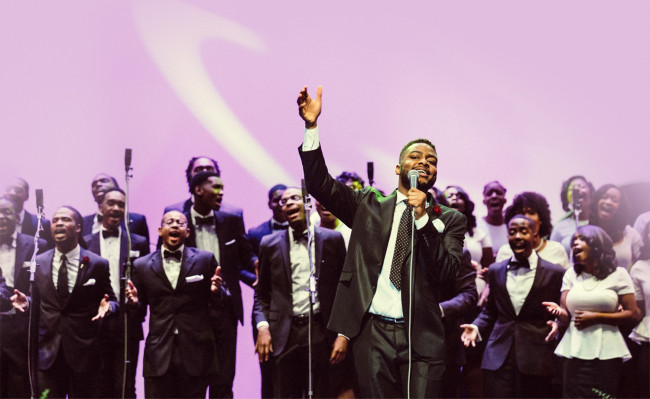 The Howard Gospel Choir, a premier performing arts ensemble and one of the first collegiate choirs, will visit the F.M. Kirby Center in Wilkes-Barre on Saturday, Feb. 17, 2018 at 7 p.m.

Tickets are on sale now at the Kirby Center box office (71 Public Square, Wilkes-Barre), online at kirbycenter.org, and by phone at 570-826-1100. All seats are just $10, plus applicable fees, thanks to underwriting from the Pennsylvania Council on the Arts.

Founded in the fall of 1968 by Melanie Russell (Lee) and Rosalind Thompkins (Lynch), the Howard Gospel Choir is the first collegiate choir of its kind in the world. As a result, HGC has pioneered an international legacy in gospel music ministry. With an active roster of 70+ persons that consists of students and alumni from Howard University, as well as others from the surrounding community, the choir is one of the largest religious life organizations on campus, operating under the historic Andrew Rankin Memorial Chapel. The dean of the chapel, the Reverend Dr. Bernard Richardson, serves as the choir’s adviser.

In addition to distinguished professionals in every imaginable discipline, past members of this award-winning ensemble include Grammy Award winners Richard Smallwood, Coré Cotton (member of Sounds of Blackness), and Elbernita “Twinkie” Clark of the legendary Clark Sisters, as well as R&B star Ángela Winbush. Exceptional musicians have always been instrumental in shaping HGC’s unique sound to embrace both contemporary and traditional gospel, church hymns, Negro spirituals, and classically arranged anthems. For 25 years, the late Arphelius Paul Gatling III served as the musical director. He is largely responsible for crafting the unique sound of the choir.

For almost five decades, HGC has set a very high standard as a premier performing arts ensemble, singing at a wide variety of venues in and around the Greater Washington, D.C., metropolitan area, including the White House, the Capitol Building, DAR Constitution Hall, Washington National Cathedral, and the Smithsonian Museum of American History. In 2016, HGC was one of the featured artists to perform at the Kennedy Center Honors and also as a part of ABC Television’s Taking the Stage, which celebrated the grand opening of the Smithsonian National Museum of African American History and Culture.

The choir has also received both national exposure, having appeared from coast to coast within the continental United States, and international exposure, having served as cultural ambassadors to 19 countries throughout Europe and the Americas. In addition to headlining several high-profile concerts in a variety of venues, they participated in other cultural exchange activities while conducting master classes discussing various vocal exercises and the history of gospel music.

In 2016, the choir released their latest full-length album, “Glorious God.” The CD is a diverse collective of musical offerings that reflect their musical legacy. In addition to remaining on the Top 30 charts for national sales and radio airplay in gospel music for more than 10 weeks, this critically acclaimed album has been nominated for two 2017 Stellar Awards and four Rhythm of Gospel Awards.

From the outset, the Howard Gospel Choir has been in constant demand and has shared the stage with a number of musical luminaries, including Barry Manilow, Tony Bennett, Stevie Wonder, Fantasia, and Patti LaBelle. Additionally, HGC has performed at functions that have featured prominent political, religious, and public figures, such as President Barack Hussein Obama; Dr. Henry Louis Gates, Jr.; the Reverend Jesse Jackson; and the Reverend Dr. Jeremiah A. Wright, Jr. 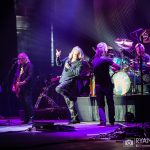 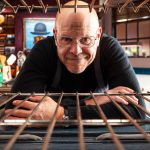 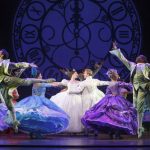