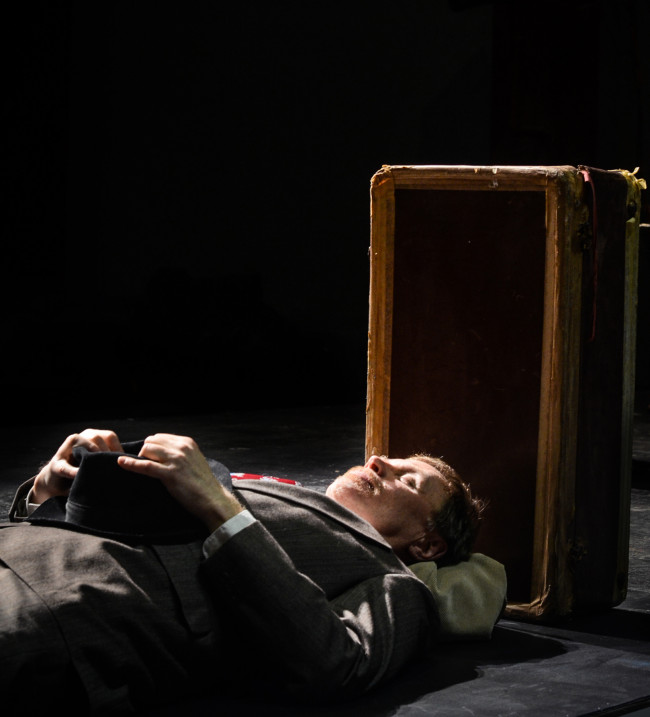 The Little Theatre of Wilkes-Barre will kick off the year with the Arthur Miller classic “Death of a Salesman.” The show runs on Friday, Feb. 9 through Sunday, Feb. 25, with a special talkback on Sunday, Feb. 18.

The play is directed by Richard Kramer. This is the second time Kramer has directed the play; the first time was in January of 2012 at Lackawanna College in Scranton.

Considered one of the greatest plays of the 20th century, “Death of a Salesman” presents and examines the American dream in a myriad of ways.

“The Great Depression of the 1930s caused the American dream to fade by destroying a popular vision of our history, one of confidence and optimism in a brighter future,” Kramer said.

“Nobody saw this more clearly than Arthur Miller… Miller understood that myths like our national desire for upward mobility are not easily denied. In an immigrant society, which has, by definition, rejected the past, faith in the future is not a matter of choice. For most of us, it is the only viable option. When today fails to offer us hope, tomorrow becomes the only grail worth pursuing.”

For those interested in learning more about the show and its author, a talkback will be held with Dr. Stephen Marino, founding editor of the Arthur Miller Journal and past president of the Arthur Miller Society. Marino’s discussion will take place after the Feb. 18 matinee. There is no additional charge for the talk.

Marino is a professor at St. Francis College in New York. His work on Arthur Miller has appeared in many journals and essay collections. His latest book, “Arthur Miller – Death of a Salesman/The Crucible: A Reader’s Guide to Essential Criticism,” was published by Macmillan/Palgrave in September of 2015.