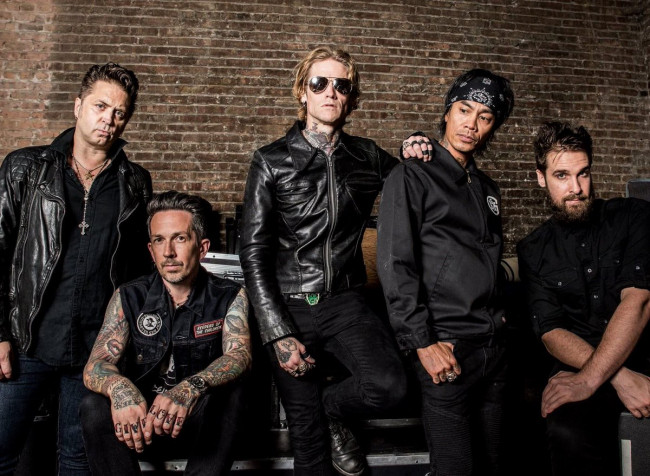 It has been announced that Grammy-nominated, multi-platinum-selling rock band Buckcherry, known for hits like “Crazy Bitch” and “Sorry,” will return to the Sherman Theater in Stroudsburg on Friday, April 13 at 8 p.m.

Tickets, which are $30 in advance or $33 the day of the show, go on sale this Friday, Jan. 26 at 10 a.m. and will be available through the Sherman Theater box office (524 Main St., Stroudsburg), online at shermantheater.com and ticketfly.com, and all Ticketmaster outlets. VIP boxes and sky boxes are available for this show and include eight tickets (VIP box) or 12 tickets (sky box), a fruit and cheese platter, and waitstaff. To purchase box seats, call the theater at 570-420-2808.

The sex, drugs, and rock ‘n’ roll ethos of legendary hard rock bands like Mötley Crüe and Van Halen is alive and well in the new millennium with Buckcherry. Singer Josh Todd and company may have taken a few years off in the early 2000s, but their new albums display the same uncompromising dedication to chasing skirt and partying hard that the band has become known for.

Formed in Anaheim, California in 1995, the band got their start under the name Sparrow before switching to Buckcherry for their self-titled 1999 debut. The album peaked at No. 1 on the Billboard Heatseakers Albums chart, spawning several hits and landing the band an opening slot on Lenny Kravitz’s 1999 Freedom Tour. After going on hiatus in 2002, the band reformed for 2006 album “15,” racking up several more hits, including the platinum-selling singles “Sorry” and “Crazy Bitch.”

In addition to a stint on Mötley Crüe’s Crue Fest tour in 2008, Buckcherry opened for KISS on their 2009/10 North American tour, further adding to their cred as heirs to the hard rock throne. They’ve shared stages with everybody from AC/DC to Slipknot to Rob Zombie, as well as festival bills including Bamboozle with Bon Jovi and In-N-Iron, Sturgis, and more.

On their seventh full-length album, 2015’s “Rock ‘n’ Roll” (F-Bomb Records/Caroline), the Los Angeles quintet staunchly uphold the commandments of rock music with an arsenal of new anthems primed to explode on impact and teeming with riotous energy, sexy swagger, and primal chops intact. It’s something that the boys have done since day one, but it’s more necessary now than ever. 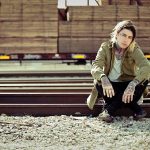 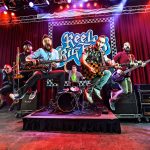 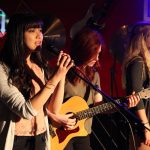